MAUMEE, OH — Dec. 17, 2021 — The Alzheimer’s Association Northwest Ohio Chapter will host a special luminary lighting to illuminate the longest night of the year, the winter solstice, in honor of those impacted by Alzheimer’s and other dementias.

Participants are asked to bring their own luminary or light of hope to the event, which marks the halfway point to the Alzheimer’s Association’s The Longest Day® annual fundraising event on the summer solstice in June.

This special event is particularly timely as the COVID-19 pandemic continues. According to data from the Centers for Disease Control and Prevention (CDC), excess mortality — the difference between the observed number of deaths and the expected number of deaths during a given time period — due to all causes was very high in 2020 compared to previous years, especially among older adults, as reported in the Alzheimer’s Association 2021 Alzheimer’s Disease Facts and Figures. Many of those excess deaths were in vulnerable older adults with Alzheimer’s disease and other dementias. Preliminary CDC reports indicate that there were at least 42,000 more deaths nationwide from Alzheimer’s disease and other dementias in 2020 compared with the average of the five years preceding 2020.

Throughout the pandemic, the Alzheimer’s Association has called for long-term care policy recommendations, including the need for rapid-turnaround testing and prioritization testing to end social isolation.

The Alzheimer’s Association offers a wide array of education programs, support groups, care consultations and social engagement programs that can be found at www.alz.org/nwohio under “Help & Support.” Events such as the Luminary Lighting Event provide a chance to reflect for those affected by Alzheimer’s.

“We’ll gather via Zoom to hear from a few friends and shine a light in honor of all those impacted by Alzheimer’s and all other dementia,” said Carol Smietanski, Alzheimer’s Association Northwest Ohio Chapter development manager. “Bring your own luminary or light of hope as we join together to outshine the darkness.”

Register for the event by visiting www.tinyurl.com/wintersolstice21 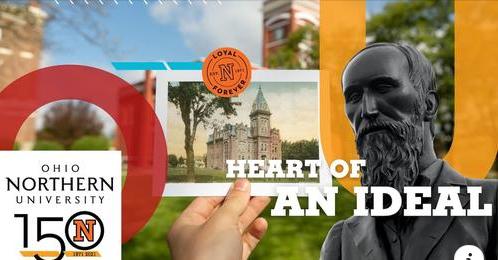