An Upper Sandusky man was injured after the bicycle he was riding was struck by a vehicle late this past Sunday night.

According to the report from the Wyandot County Sheriff’s Office, Chad Thomas was riding the bike east on State Route 568 and was struck by an eastbound pickup truck being driven by Dustin Souaysanga, of Carey.

Souaysanga told deputies he took his eye off the road briefly to look at the speedometer when he heard a thud.

The driver said he thought he hit a deer.

After turning around to investigate, he found the bicyclist in the ditch and called 9-1-1.

Thomas was flown from the scene to St. Rita’s Medical Center in Lima.

Deputies examined the bicycle and found that the safety lights were still illuminated and that it appeared to be proper and legal for night time riding.

Two People Killed in Pileup on I-75 Near Botkins Monday 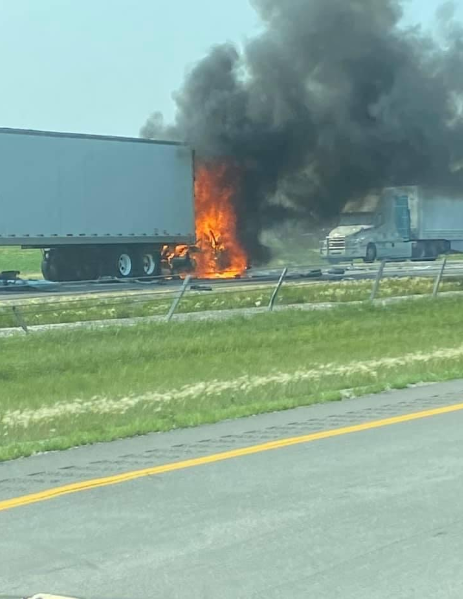