A Bellefontaine woman was injured in a two vehicle crash that occurred late Tuesday afternoon in Hale Township.

According to information from the Hardin County Sheriff’s Office, Darcie Wallace was driving east on State Route 273, and she stopped for a stop sign at State Route 292.

Wallace proceeded through the intersection and failed to yield to a northbound pickup being operated by Jacob Overly, of Ridgeway.

Both vehicles suffered heavy damage in the collision and were towed from the scene.

Wallace was transported to the hospital for treatment of suspected minor injuries.

Two passengers in Wallace’s vehicle as well as Overly and a passenger in his vehicle were not injured.

Wallace was cited for failure to yield. 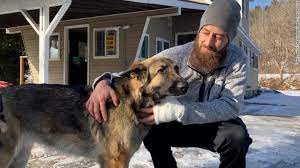 Man Arrested on a Warrant After Domestic Situation in Kenton