The proposal would award $250 million in American Rescue Plan Act funds to state and local first-responder agencies to counter increases in violent crime and to mitigate impacts to staffing levels and first-responder wellness caused by the COVID-19 pandemic.

“Since taking office in 2019, we’ve made significant investments in new tools and technology for law enforcement, and this is a tremendous opportunity to do even more,” said Ohio Governor DeWine. “Our proposal would direct hundreds of millions of dollars into innovative initiatives that will protect our citizens and support our first responders who put their own lives on the line to help others.”

Governor DeWine and Lt. Governor Husted announced details of the plan this afternoon in partnership with members of the Ohio General Assembly, law enforcement, firefighters, emergency medical services personnel, and other first responders.

The proposal devotes $175 million to support the work of state and local law enforcement to prevent and solve crimes in communities that have experienced an increase in violence or have faced difficulties combatting violence during the pandemic. The plan would specifically support peace officers and criminal justice partners with efforts such as multi-jurisdictional collaboration, focused-deterrence policing, and gunshot detection technology. Funds would also be used to develop programs to give law enforcement easier access to ballistics technology and to help eliminate evidence testing backlogs at Ohio crime laboratories and coroners’ offices that have increased because of the pandemic.

A total of $75 million would go toward supporting the resilience and recovery of first-responder entities that have faced new challenges and stressors brought on by COVID-19. The proposal focuses on helping first responders confront pandemic-induced stress and other trauma by supporting the development of localized wellness programs and suicide prevention training that address mental health issues unique to first responders. New recruitment and retention efforts would also receive funding to help restore pre-pandemic workforce levels. Initiatives would include basic training tuition assistance, explorer programs to engage high school and college students interested in first responder careers, and community-police relations efforts to strengthen the relationship between law enforcement and the public.
The proposal also puts a focus on technological resilience by supporting projects that boost communications, information sharing, and cyber security by addressing gaps identified during Ohio’s emergency response to the pandemic. This includes efforts to protect critical infrastructure for local and state partners through education and outreach and by developing response capabilities.

“Technological innovation is a game-changer when it comes to solving and preventing crime, and as law enforcement is adding technology and data-sharing improvements to their tool kit, the criminals are too,” said Lt. Governor Husted. “A portion of the funding announced today will support projects that boost technological resilience, which is a critical part of helping law enforcement and other first responders as they navigate ransomware attacks, protect critical infrastructure, and expand local cybersecurity and fraud prevention efforts.”

“The nightly news is filled with disturbing images of violent crime spiking nationwide. These dollars represent a critical investment for the selfless professionals who protect and serve our neighborhoods,” said Senator Theresa Gavarone (R-Huron).
“This money is vital to our brave men and women who protect and serve our neighborhoods,” said Senator Nathan Manning (R-North Ridgeville). “These dollars will help make a real difference around the state and here at home in Lorain and Huron counties.”
“The Sheriffs of Ohio appreciate the efforts of Governor DeWine and his administration to recognize the efforts of the first responders and their efforts during the past 20 months,” said Buckeye State Sheriffs Association Executive Director Robert Cornwell. “We look forward to working with the Governor and the Legislature as this proposal is finalized.”

“State funding for crime prevention, intervention, police training, and other public safety services is critically important, and we are grateful for Governor DeWine’s leadership on this issue,” said Findlay Mayor Christina Muryn. “State funding will help alleviate some of the local cost burden, while also providing flexibility to invest in what is right for individual communities.”

Among those attending the announcement at the Ohio Statehouse in Columbus Monday was Hardin County Sheriff and outgoing president of the Buckeye State Sheriff’s Association Keith Everhart.

He said he was honored to be a part of the announcement Monday, “A good day for all first responders in Ohio. Thank you to Gov. DeWine, Lt. Gov Husted and the General Assembly for working together to see that Ohio’s first responders are taken care of not only with programs to assist their individual communities but also their personal mental and physical health.”

If approved by the Ohio General Assembly, the $250 million would be awarded through grant programs operated by the Ohio Office of Criminal Justice Services and the Ohio Emergency Management Agency. 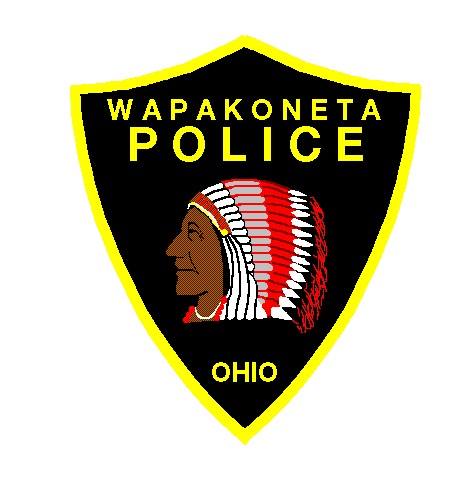