Bluffton University will host the funeral service for Officer Dominic Francis of the Bluffton Police Department.

The service will start at 11 a.m. this Friday, April 8, in Sommer Center on the Bluffton campus.

Doors to the service will open at 9 a.m.

The funeral service will be open to the public.

On March 31, Officer Francis was attempting to deploy stop sticks on I-75 in an effort to stop a vehicle that was involved in a high speed pursuit when he was struck by the suspect’s vehicle and died.

Three suspects were taken into custody after the incident.

Flags were ordered to be flown at half staff in Allen and Hancock Counties and all other public buildings and grounds throughout the state at their discretion.

They will remain at half staff until sunset on the day of the funeral. 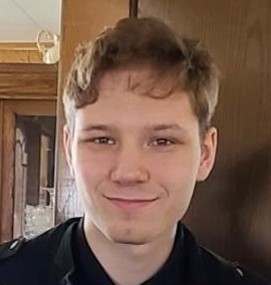