Corey Ledley, Board President, called the meeting to order.

Roger Crowe, Hardin County Commissioner, stated the Commissioners are waiting on approval on projects to go ahead with – using the American Recovery Act money.
Mark Light, OSU 4-H Extension, stated they are working on the adding a tab for the fair to their 4-H app.

Amanda Raines, OSU 4-H Extension, stated there are 241 still projects entered for the fair and 459 livestock projects that need to attend the livestock skill-a-thon to take their projects to the fair.

Gary Wells, Ada High School Art Teacher, spoke on behalf of the High School art teachers in the county. He requested there be no judging to the high school art projects this year, for going their art premiums, but allow the students to receive wristbands to enter the fair all week. Projects will still be on display from each school in the county. Grant Mizek and Steve Harpster moved to accept their request. Motion passed unanimously.

Mark Badertscher, OSU Extension, stated he is working on getting a date to hold the carcass show the week after the fair. He also spoke about the problem with oak trees dying in the county and stated OSU is collecting samples to try to come up with a solution to the problem. He also requested, on behalf of the county Master Gardeners, to have a table in the flower department set up for questions. He was given the OK for that,

Under correspondence, a thank you from the Kenton Area Swim Team was read.

Rob Wilson, Co Superintendent of the ground’s committee, stated Gammon’s Tree Service will be trimming the 8 big oaks on the fair grounds this week. The work being done in the Hardin Northern Restaurant should be finished this month. The race horse barn roofs were painted this past month. It was noted Lowes Distribution in Findlay donated many items to the fairgrounds, which were left over from COVID. New cedar mulch has been laid down in the show arena and the old was distributed in the parking lot. The Fair work day with the JR Fair Board kids is set for Saturday, August 21st with sack lunches being provided for lunch. Fire Extinguishers and kitchen hoods will be checked on August 23rd.

Craig Stump, Camping Co-Chairman, stated he is working on a National Cushman Contract, with that event scheduled for next year in June. And, another event is being worked on for next year in September after the fair. It was noted there are still two fair camping spots available for this year’s fair – both being in the West camping area.

Rob Wilson, entertainment chairman, stated he is working on getting a speaker for the Hour of Inspiration and music for the service. Brad Murphy stated COSI has cancelled their entire traveling program for this year and the Hardin County Fair is 2nd on the waiting list for the Columbus Zoo to attend this year’s fair. Craig Stump asked the directors if a bus was needed for transportation for this year’s fair and he was given the OK to secure a bus. Rain insurance was discussed to purchase for the Rodeo, with no decision made for that at this time. It was noted all grand stand entertainment tickets, including pit passes are available for purchase on the fair’s website at www.hardincountyfair.org.

Rabbit tattooing is scheduled for Saturday, August 14th from 9-11am. Weigh scales will be certified next week.

It was noted if anyone is interested in having a vendor spot at the 2021 Hardin County Fair, they should go to www.hardincountyfair.org and fill out a contract request form under the concession/vendor tab. All contracts are being done on line this year. Brad Murphy, Concession/Vendor Chairman, stated the Merchant’s building is 59% full, the Machinery building is 81% full, and Community Building is 68% full and outdoor space is 93% full. Many businesses went out of business that past year or just don’t have the funds to secure a booth this year.

Kolt Buchenroth, stated radio ads will start August 23rd. Signage is being made for sponsors and many will be displayed on the grandstand facing the gazebo.

Saturday gate workers have been secured. Paper wristbands have been received for re-admission to the fair. All judges for the fair have been secured. The $50,000 from the state, has been received. Open Class entries can now be made on line until August 27th. The Fair Office will be open starting Monday, August 9th. They will be open Monday – Friday from 9am-5pm until the fair opens. Season tickets can only be purchased on line or in the Fair Office – none will be sold in the community, since they are all being done on line. And you can only purchase a Season Ticket in the Office until Friday, Sept. 3rd – after that date – guests have to purchase them themselves on line. Guests will no longer be able to exchange a daily pass, to upgrade to a season ticket during the fair.

The Emergency Management meeting is scheduled for Wednesday, August 18th at 6:30pm. Directors will be setting up the Arts/Crafts building after this meeting. Hardin County Fair hat pins have been ordered.

The next Fair Board meeting is scheduled for Wednesday, Sept. 1st at 7pm, in the Community Building. 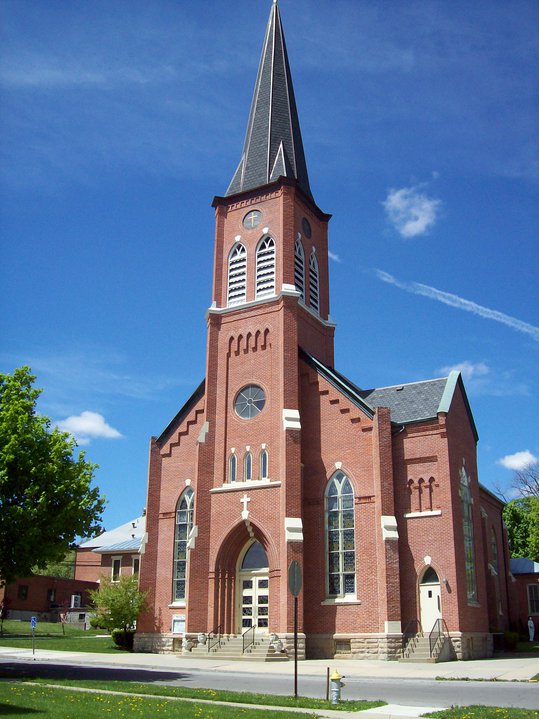