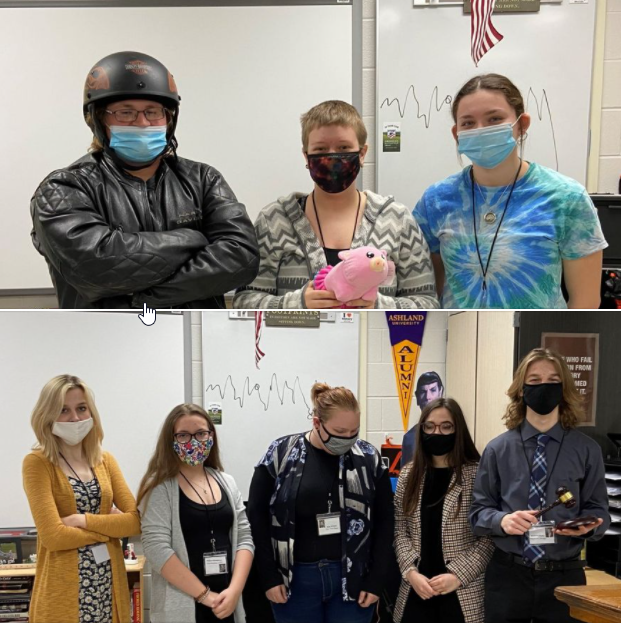 The Hardin Northern Historical Gaming class recently completed their re-creation of the 1968 Democratic National Convention. In the middle of the Vietnam War, chaos and violence broke out in Chicago as the Democratic Party gathered to nominate a candidate who could unify the party and defeat Richard Nixon. Outside the Convention Center, thousands of protesters led by Abbie Hoffman, David Dellinger, and Tam Hayden marched in the streets and threatened the status quo.

“Chicago, 1968: Policy and Protest at the Democratic National Convention” is a role-playing Reacting to the Past game entirely based on historical documents and primary sources. Students who play must use their resources to negotiate and compromise with other students. Successful players read and analyze carefully, deliver persuasive speeches based upon historical texts, seek out allies, learn when to compromise and when to hold fast, and above all else…trust no one.

This is a curriculum written and designed for college courses that the school is adapting for Hardin Northern. 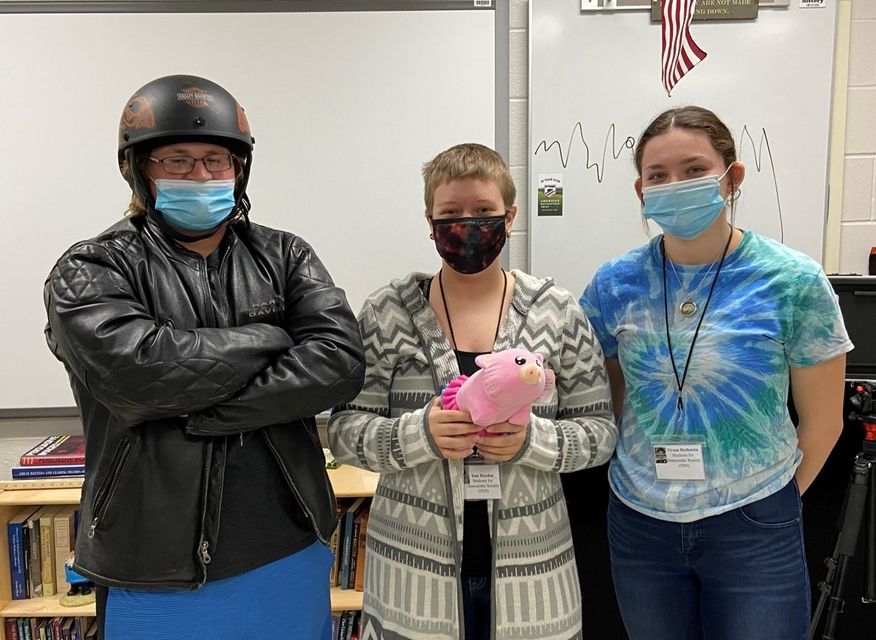 Above: The Protestors: Kobee Hooker portrays Bob “Big Man” Lavin – a member of the Headhunters motorcycle gang who served as a bodyguard for various protest leaders. In reality, Kobee was an undercover police office providing information on the plans of the protest groups. Jadi Herrod-Gonzalez portrayed Tom Hayden and Tosha Shepherd portrayed Vivian Rothstein, both leaders of the Students for Democratic Society. 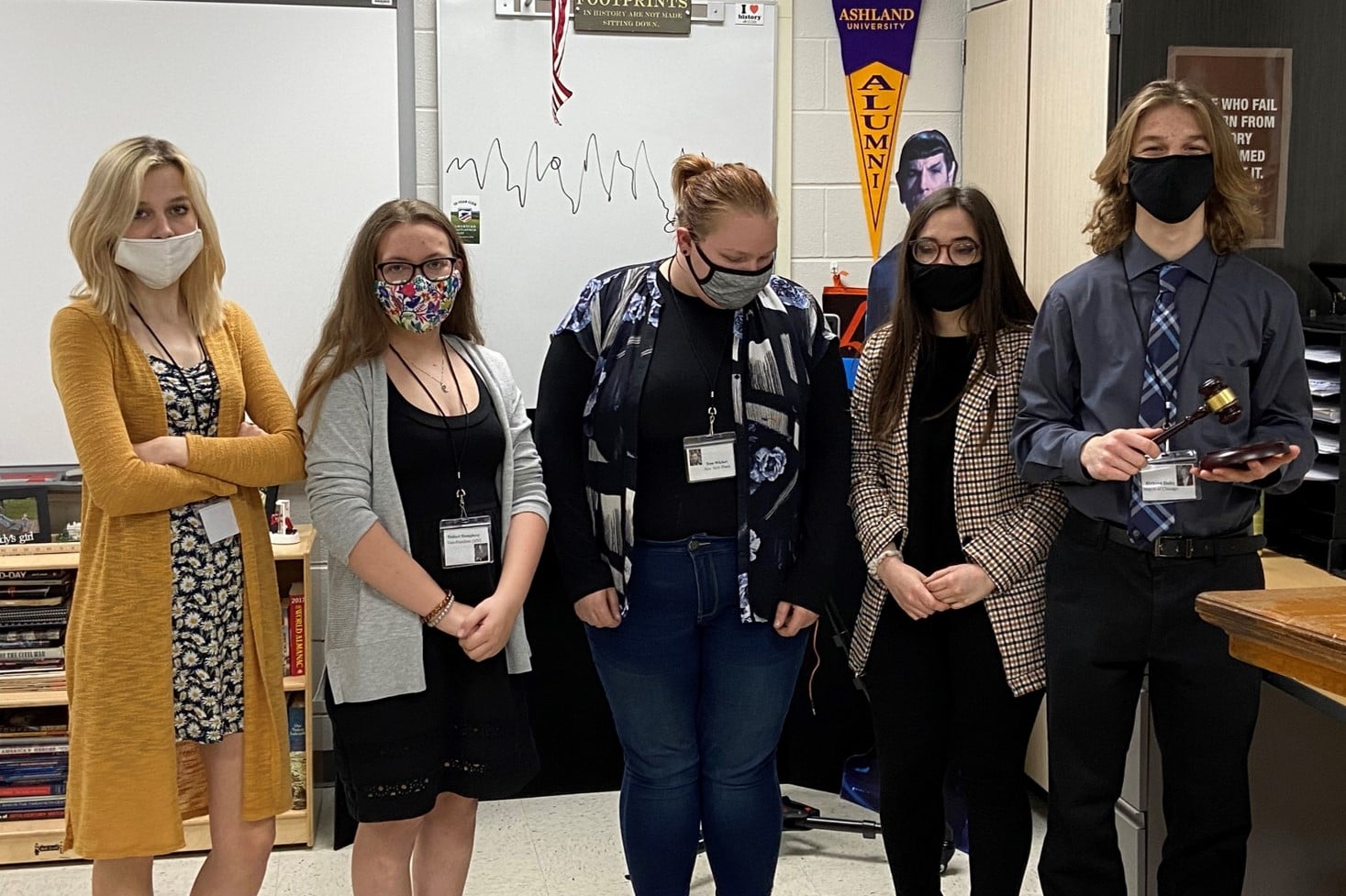 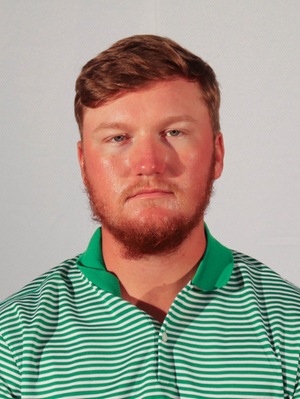