The Kenton City Schools Board of Education met Monday evening.

Among the items on the agenda, Superintendent Jennifer Penczarski announced the school’s Hall of Fame Inductees for 2021, “So we have a board that meets, probably 3 times a year, and we collect nominations. We review those nominations against a rubric, and then we make selections for each year for our Hall of Fame, So this year it will be Scott Nelson Barrett, Mary Lou Johnson and Fred Machetanz.”

Board President Sheena Striker applauded students involved in the musical presented earlier this month, “Thank you to Mr. (Todd) Daquino and his crew for all their hard work. We have an amazing musical program here at Kenton, and I was very impressed with the kids and how they were able to do everything in spite of all the COVID regulations.”

Numerous personnel items were taken care of as well, including approving Ryan Miller as coach of the Kenton High School Boys Basketball team.

The Board also approved the written resignation of Dr. Penczarski as Superintendent. She was hired last week for that role at Chagrin Falls School District. Striker thanked her for her 11 years of service at Kenton, “She’s done a lot for us and has been a guiding force over the last  year, and we really appreciate all that she’s done and we’re really going to miss her.”

After approving several authorizations and resolutions, the Board went into executive session to discuss the employment of an employee. No action was taken after the session ended, and the next regular meeting was scheduled for May 17.

To view the entire Board of Education meeting, click here: https://www.youtube.com/watch?v=YUc2KmJfU7Y

Man Arrested on an Indictment in Upper Sandusky 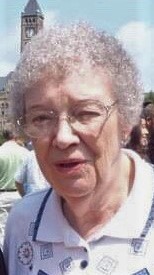