The Kenton Lions club held a regular meeting on Wednesday November 16, 2022, at the Kenton Elks.

The meeting was called to order at 6:28 pm by Lion President Bill Keller with 23 members and 1 guest present.

President Lion Bill Keller led with the pledge and a prayer. The meeting was adjourned and reconvened at 6:54 pm following a meal.

Lion Jason VanBuskirk introduced guest speaker Carol Steegman, from the Hardin County Chamber and Business Alliance. Carol oversees activities for the Historical Courthouse District. Ms. Steegman shared a little information of her past work experience. She also spoke about activities that she oversees including Eats on The Streets and the Christmas parade in partnership with the Kenton Lions. Following her presentation Carol provided a question-and-answer time.

Treasurer report and Secretary minutes were submitted to members. A motion to accept the treasurers report and minutes from the November 2, 2022 meeting was made by Lion Jason VanBuskirk with a 2nd by Lion Larry Gossard. Motion was passed.

President Lion Bill Keller shared that Amanda Manns from Angels for the Elderly sent the Kenton Lions a very heartfelt thank you for the generous donations.

(New Business) Lion Bill Keller announced that a Zone Meeting will be held on December 14th. You can contact Lion Bill for details.

Lion Jason VanBuskirk announced that Shop With A Cop would be providing a guest speaker on December 7th and made a motion that a donation of $200.00 be given to the program on that night. A second was made by Lion Joe Burgbacher. Motion passed.

Lion Aaron Osborn and Lion Jason VanBuskirk presented information about banners and selling them as a fund raiser for Lions and a economical way for businesses to advertise. Brief discussion was has with members. Lion President Bill Keller asked Lion Aaron and Lion Jason to get a committee together and present the information on December 7th for a vote by members.

(Old Business) Lion Judd Robinson provided information about the Lake of Lights. Lions volunteered to help on December 9th and December 10th. Lion Judd did tell those helping to bring a flashlight. Lion Judd asked if there was any way to get safety vests. Lion Bill Keller is going to check with state to see vest could be borrowed for those dates.

Lion Jason VanBuskirk updated member on the Christmas parade. Lions are to meet at the bottom of the step at the Kenton Middle School at 4:00 pm. Dress warm. Participants will be registered and a number given. Floats must be ready before they will be allowed to enter the staging area. Candy can be thrown to the kids but must be tossed to the curb so children do not run into the street. Everyone must remember safety first.

Bowling for Santa will be held on Saturday December 17, 2022 at Hillcrest Lane. Hours will be from 1 pm to 4 pm. Lion Terri Burgbacher requested volunteers to help. A list was started. Additional volunteers should contact Lion Terri. Rental for the bowling alley is $400.00 this year and a budget of $750.00 has been set for this event.

Lion President Bill Keller reopened that donation for the Chad Root Inclusive Playground. He noted that a donation of $100.00 was approved at a prior meeting and feels that we need to donate more. A very brief discussion was held. A motion was made by Lion Dave Amweg to increase the donation to $1000.00, a 2nd was made by Lion Jason VanBuskirk. Motion passed.

Lion President Bill Keller Announced that December 7th, the next Lions meeting would be our Christmas Dinner. He did request a head count asap. Social hour will begin at 6:00 pm. He reminded members that he does need to know if their spouses will be joining member for the meal.

Meeting was adjourned at 8:15 pm followed by the singing of the Lions Roar. 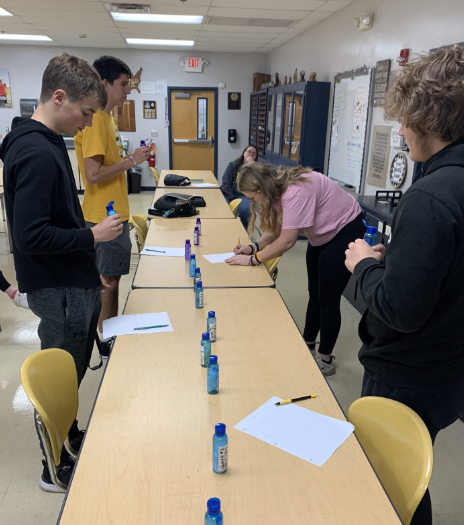