VP Jodine McKinley introduced ORTA Director Robin Rayfield who gave a summary of his work in attaining clarification of why Ohio’s State Teachers Retirement System is not giving a cost of living (COLA) to retirees. He is being mostly ignored at the STRS board meetings. He shared a few details with the group to make us aware. He is allowed 3 minutes to speak at the public board meeting, but the board often looks away and ignores him. Ohio has the worst deal of the 50 states. At present, retired teachers are not receiving any COLA. We have a negative pension as active teachers pay in 14%, which is matched by the schools, but then we receive about 10.8% in retirement checks. This is less than what is guaranteed by Ohio law. He thinks a change of STRS board members is needed as a start so he is encouraging everyone to vote by May 2 for Elizabeth Jones for the retirees and Steven Foreman and Julie Sellers for the active teachers.

The irony is that those who are getting hundreds of thousands of dollars are those who work at the STRS offices. The staff also has chances to get bonuses of an average of $86,000 or more per person per year. Bonus payments have totaled $103 million since 2006. There are 108 STRS associates who make more than Gov. DeWine. The retirees want to know just what do the associates do to earn such huge bonuses.

As Rayfield is ignored or the STRS board is rude and refuses to answer his questions, he began in 2020 to collect donations to pay Edward Siedle of Benchmark Financial Services to conduct a ‘forensic audit’ of STRS. The $75,000 goal was reached so that Siedle began the audit in February 2021. Siedle reached a preliminary report in June 2021. It was found that STRS is not transparent. One big investment loss with no paperwork was to Panda Power in Texas for $525 million. It under reports its fees, costs, and expenses. It inflates STRS performance. Bonuses are often given to employees who have not met benchmarks. STRS ignored findings of the 2006 ORSC audit and now the new audit by Keith Faber, Ohio Auditor of State, may not be considered a concern by STRS. We wait to see if any politicians will show some concern to help Ohio’s STRS retirees.

Audits should be done every 10 years. An audit was to be done in 2016 and still has not been done by Ohio legislators. The pressures enacted by ORTA members has made the STRS board promise a one time COLA increase of 3% starting on July 1, but most will not receive anything until 2023. This does not make up for the losses from the absence of 15 COLA events since STRS stopped giving out a COLA to retirees. We wait to see the losses from any Russian investments. Rayfield stated that this STRS board needs to change so please consider voting for new members.

After a question & answer period, Pres. Lowery led the group in thanking Rayfield for the information and his diligent work. Sec. Norma Frederick had her report sent digitally and was accepted. Treas. Joan Mouser had her report filed for audit. She received $139 in donations for the scholarship fund. Sandy Moore volunteered to chair the committee for volunteer hours. It was announced that there were 307 volunteer hours in total today. Moore also distributed the 2022 schedule of 4 meetings. Sec. Frederick will send to the absentees.

Other committee reports were announced. Nancy Musselman explained that there is no HN Food Pantry at this time. The donations will go to Love, INC. Norma Frederick stated that the scholarship committee was made up of HCRTA officers. It was decided to give three $500 scholarships to active teachers in Hardin County Schools. Recipients are Malana Huffman, 1st Grade Teacher at Ridgemont Elementary School; Julie Thaxton, 8th Grade Math/9th Grade Reading Intervention Specialist at Ada Schools; and Melissa Borkosky, 1st Grade Teacher at Riverdale Local Schools. From correspondence, HCRTA granted payment for 5 children under age 5 to participate in Hardin County’s Dolly Parton’s Imagination Library. It was also voted to donate $25 to each of the county libraries if they had a summer reading program. No discussion at this time for the backpack program.

Melanie Kindell offered a closing prayer. Lowery invited all to the next meeting on May 20 at noon at the Kenton Elks. Chairman Sandy Moore, Kim Thomas, Reba Coats, Nancy Rickenbacher, and Marilyn Hempy-Gordon will make arrangements. The speaker is Mark Badertscher. All were wished safe travels. 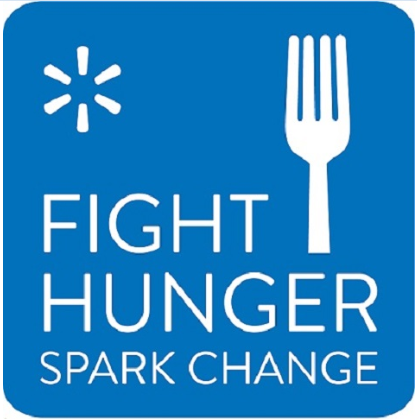