Santo Overwhelmed by Support from Voters in Tuesday Primary

Santo had this reaction to the victory, “I’m overwhelmed with the turnout and the resounding support and confidence in me, and I thank everyone who supported me in every fashion whether it’s financial, whether it was yard signs, whether it was just kind words, and I thank the community for that.”

Santo will face Mark Schwemer in this November’s election. He is running as an independent candidate.

Looking at other regional races and issues.

.Hancock County voters approved a mental health levy by a nearly two to one margin.

.The City of Upper Sandusky tax levy passed by a two to one margin.

.Voters in Marion County narrowly passed a levy for the Marion County Board of DD. The .5 mill 10 year levy passed by 201 votes on election day.

.In Union County, Dave Lawrence won by a slim margin in the Republican Primary for a commissioner’s seat. He will run unopposed this fall.

.City of Wapakoneta voters easily passed an income tax levy for that city.

The results from Tuesday’s election are unofficial until they are certified by the individual Boards of Elections. 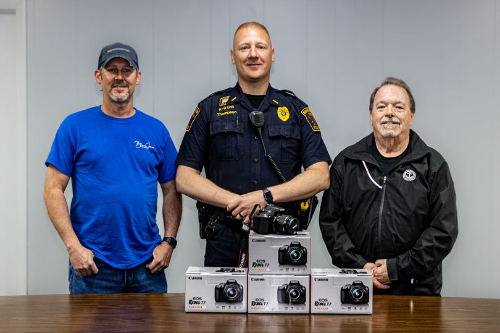