Allyene Mae Wolf began her eternal journey January 31, 2019, peacefully at home at age 101 years 7 months 26 days. She was born on June 5th, 1917, to Harold and Savilla Pfeiffer in the homestead 1867-built 12-room brick house in Goshen Township, Hardin County, Kenton, Ohio located on land deeded to the family in 1837.

Allyene was raised on that farm and attended Pfeiffer School, a one-room facility where grades one through eight were taught. Her eighth grade teacher was Pete Siemon, who had also taught Allyene’s future husband and who would play a later role in her life. She went on to complete Kenton High School at the age of 16, graduating in the top ten in her class.

With encouragement from one of her teachers, Allyene attended Bliss College in Columbus and upon graduation worked for an office supply company adjacent to the Statehouse. After a year and a half she was offered a position with the newly elected Treasurer (her former eighth grade teacher) in Hardin County where she served in various capacities, finally as Deputy Treasurer Her social activities included bowling, membership in the local Women’s Business Professional organization, member of Rebecca Lodge auxiliary of lOOF (50+ years), Phi Sigma Gamma sorority (business women). It was during this time that she met her future husband Carson Wolf, also working at the courthouse.

They married, started a family, and moved to Kent, Ohio where Carson found employment first at the Ravenna Arsenal and then the B F Goodrich Company.

The family grew to include four sons, (Wesley, Wayne, Leland, and Laurel) and by 1951 Allyene began her employment at the Davey Tree Expert Company.

She was a Charter member of Toastmistresses of Kent.

By the time of her retirement from Davey in 1983, Allyene served in the stenographic pool, was secretary and administrative assistant to several of the executives, edited and prepared multiple company periodicals, and filled various administrative duties at the technical center.

Upon retirement, Allyene became passionately interested in genealogy and traced her roots back to the homeplace in Germany from where the Pfeiffer ancestors emigrated in 1837. She was fortunate to travel there in 1998 and visited the still existent Pfeiffer family farm property, and the town church where she was able to see family birth records back to 1620!

Allyene clearly loved the farm and her ancestry. Allyene revered the past, lived in the present and had hope for the future.

Allyene and Carson were able to travel, including trips to paddle boat the Ohio River, Knoxville World Fair, Upper Michigan and the Agawa Canyon, the Grand Ole Opry, Canada and the Georgian Bay, New England, Myrtle Beach, the Smokey Mountains, Mackinaw Island, West Virginia and the Palace of Gold, Hawaii and the Northwest including Edmonton, Vancouver and Washington state.

Allyene has enjoyed many annual Family Camps at her sister Betty’s Pond House.

Her great grandchildren include: Michelle’s daughter Nicole of Ravenna, Ohio and Daniel of Ravenna, Ohio; Jennifer and Mike’s children Zaharius, Aurora, and Benjamin, all of Dublin, Ohio; Lynne and Kwame’s children Marcus and Renee both of Herndon, Virginia.

One of the reasons Carson and Allyene settled in Kent was Kent State University and that opportunity for advanced education for their family.

That proved out as three sons got college degrees there. She is also most proud that she has three generations with doctorate degrees, a son, a granddaughter and a great granddaughter.

Supporting Allyene’s belief in education is her personal book accumulation of over 1,000 books. She must have read and heeded many of them as one such book is titled “HOW TO LIVE TO BE 100”.

There will be a visiting hour, followed by a church service, at Trinity Lutheran Church, 600 South Water Street, Kent, Ohio 44240 starting at 1:00 PM, Tuesday, February 5, 2019. In lieu of flowers, donations may be directed to Trinity Youth Activities, which the family will match.

Visitation will be held from 11:00-11:30 AM on Wednesday, February 6, 2019 in Kenton, Ohio, where Allyene will be placed in rest at Grove Cemetery, with her many relatives there.  Funeral services will begin at 11:30 AM in the Grove Cemetery Committal Building on Wednesday.

The family expresses its heartfelt gratitude to the Caregivers, staff and organization of Visiting Angels of Tallmadge Ohio for their thoughtful, compassionate assistance and support over their many months of service.

Allyene was a Believer. Rejoice in her transition; hold dear the sorrow of your loss; count every memory as a blessing. 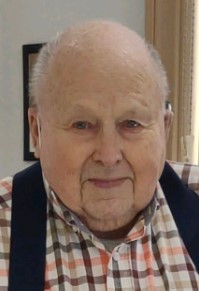