An Upper Sandusky man was cited after a traffic stop in Kenton early Thursday morning.

According to the Daily Log Sheet from the Kenton Police Department, the traffic stop was conducted on East Columbus at Broadway Street.

As a result, Hunter Chamberlin was charged with operating a vehicle intoxicated.

He was also cited for disobeying a traffic control device.

Ryan Miller, of Russells Point, was cited for failing to yield when turning left.

Bulk Water Station Down in Forest 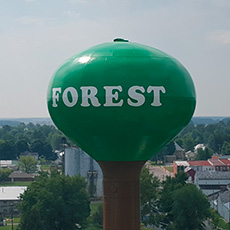