Brad Murphy, Board President, called the meeting to order.

Christina Cross spoke about her bid in running for the Common Pleas Court Judge. Greg & Kayla Vogan requested to use the fairgrounds to have the rides and bounce equipment inspected. They were given the OK, after filling out a rental application, supplying a copy of their liability insurance and paying a small fee. Mark Badertscher, OSU Extension, stated the goat banquet is this Saturday and spoke about increasing biosecurity practices with your poultry flocks. High Path Avian Influenza has been confirmed in several states. Amanda Raines, OSU 4-H Extension, stated the 4-H enrollment deadline is fast approaching with April 15th being the deadline. Paul Ralston, representing the poultry committee, spoke about the options that could be available if the Avian Influenza was to continue through the summer and affect our County Fair. There are no changes to our fair or any other county fair in Ohio at this time.

A letter from Mike Comstock, Freedom Celebration Committee member, was read. There will be a 4th of July celebration at the Home Run Memorial Park, located on State Route 292 south of Kenton, with fireworks going off at the Fairgrounds at 10pm on the 4th. This celebration is in the fundraising stages, with donations being accepted through the Kenton Little League.

The board approved the 990 report

Craig Stump, representing the Executive Committee, stated updated rules for an exhibitor, fairgoer and the appeal process need to be reviewed by each director, with those updates being approved at the May board Meeting. Those new updates will be conveyed in the Fair Premium Book.

A group of directors and employees reviewed the Ag. Society’s Strategic Plan and made recommendations. Brad Murphy, Board President, will be sending an updated version of the strategic plan to all directors to review and approve at the May Board Meeting.

Rob Wilson, representing the Ground’s committee, stated the floor scrubber has been repaired and is working well at this time. The Bleacher seats have arrived and will be installed at a later date. The fire suppression system has been fixed in the grange restaurant. The Community Building floor will be repaired, starting Monday, April 11th. The forklift has been repaired. The Fair Board applied for a Beautification Grant, to paint the race horse barns. Reminder letters were sent to those storing campers, trailers and boats, that those items will be ready for pick up on Saturday, April 9th.

Discussion was held about the Cheerleading Competition that will take place on Sunday of the fair.

Judi Cronley, stated all fair camping spots have been rented for the 2022 Hardin County Fair.

Brad Murphy, stated the on line application for vendor and concessions is now available on the Fair’s website.

Jake McFadden, Sponsorship committee member, stated there are currently 28 sponsors for this year’s fair, with a value of $36,757.

Kolt Buchenroth, representing the Tech. Committee, stated the fiber install is complete and noted a lot of time has been spent on reinventing how to bill for awards.

The Fair Premium Book will be approved at the May board meeting and will be available on line in May, with print copies available closer to June.

Judi Cronley, discussed how the Consignment Sale did, compared to previous years. Profit will be around $3,000 less than last year. It’s still a very good fundraiser for the fair.

Judi stated she is still in need of several judges for different areas of the fair. Judi and Brad attended the Ohio Fair Managers District meeting and discussed the highlights from that meeting.

Jack McBride and Mark Garmon moved to go into an executive session to discuss a legal issue. Motion passed at 8:45pm. Brad reconvened the board meeting at 8:55pm.

Dale Cockerell and Jake McFadden moved to send a certified letter to the firm in Tennessee, which is representing a Fair in Tennessee about a trademark issue. Motion passed unanimously.

The next Fair Board meeting is scheduled for Wednesday, May 4th at 7pm. 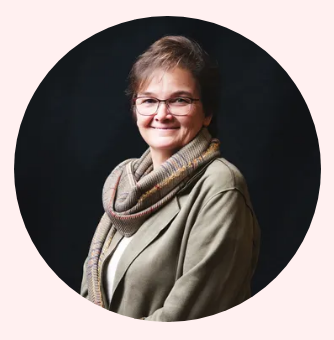