Christa Barbara Martha Reimann-Beach left her earthly home at Walnut Crossing in Marysville, Saturday, December 18, 2021 at 2:15pm (due to failing health) to join her late husband Dr. Walter G. Beach who preceded her on earth on March 8, 2003.  They were married December 30, 1986 in Arizona.

She was born May 6, 1935 to the late Otto Reimann and Dr. Magda (Reimann) Stapleford in Germany and attended Wilfrath School in Germany.  She is survived by a daughter, Barbara Meyer of Germany and grandchildren Marlena, Max and Rene, also of Germany and step-children Eric (Ana) Beach and children Bryce & Evan of Arlzona, Anita Beach-Renfrew and children Michael & Jacquelyn of California, and Julie (Chip) Lyman and children Brendan, Aubrey, & Alyssa of Kansas.  Locally she is survived by her nephew Jeff (Vickie) Beach who have taken care of her and her husband since they moved here from Arizona in 1999 to be close to family and treated them as her own kids.  Also surviving locally is her great niece Sheri (Brian) Miller and her daughter Abigail and great-nephew Brian (Kim) Beach and children Hannah, Alexander and Addison.  Her brother, Friedhelm Reimann, resides in Germany.  She is also survived by her sister-in-law Janet (Ronald) Born of Perrysburg.  She was preceded in death by her brother and sister-in-law, Gordon and Carolyn of Kenton and brother-in-law, Ronald Born of Perrysburg.

Christa flew to the United States July 28, 1977 to join her mother, but always told everyone that was when she “got off the boat”. She was very proud to receive her Certificate of Naturalization December 20, 1985. She loved fine wine, doing puzzles, and adult coloring, which she always called painting.  She could be a very ornery soul which continued in the nursing home where she would jump out of her wheelchair and take off running down the hall, looking back to make sure the nurses were chasing her. She loved watching out her windows, binoculars in hand, and rarely missing anything that went on outside.

She loved all animals, especially the dachshunds they brought with them from Arizona and had worked alongside her husband at his Veterinary Office in Arizona.  After his passing, she could be found as the Volunteer Hostess at the Plaza Inn, Mt. Victory (known as “The Little German Lady”).

A graveside service will be held at Dola Cemetery at 11:00am, on Friday January 7, 2022 with Pastor Dave Dooley officiating.  Memorials can be directed to Vitas Healthcare (Hospice) in Marysville or to Kenton Church of the Nazarene in her memory.  Online condolences can be shared by visiting stoutcrates.com. 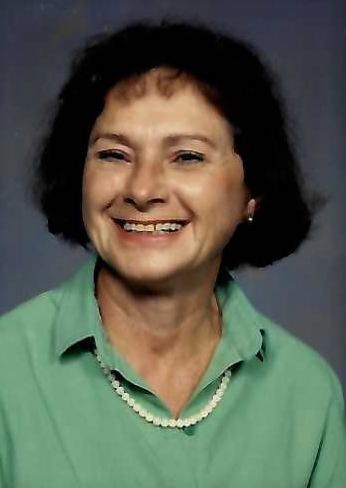