Bob was born October 12, 1951 in Findlay, Ohio to Ralph Waldo and Norma Mae (Gatchell) Heacock.  He grew up in Dunkirk, Ohio with his siblings Diane (Max) Mayberry, Duane (Brenda) Heacock, and Rick (Robin) Heacock.  Bob was an incredibly hard worker. He started a paper route at the age of 10, worked on local farms, and worked at a Lima tire mold factory through college.  He graduated from Hardin Northern in 1969, where he played football.  He met his wife of 50 years, Sherry Sutherland, at the age of 16 watching the greased pig chase at the Hardin County Fair.

Bob and Sherry were blessed with three children, Jessica (Adam) Auell of Lakewood, Colorado; and Michael (Gretchen) and Timothy (Alicia) of Asheville, North Carolina.  Bob and Sherry have seven grandchildren from the ages of 4 months to 10 years.  Bob was able to hold his first and only granddaughter, Immy, this past December.

Bob never did anything small.  He was very passionate and gifted at his multiple hobbies including woodworking, gardening, bread baking, bee keeping and fishing.  He even planted a forest acorn by acorn that can be viewed from the bay window in his kitchen.  He loved a strong cup of coffee on the back porch with a smoke.

His biggest passion was caring for others, if it be his patients, his family and friends or a stranger in need.

In lieu of flowers, donations can be made in memory of Bob to the Colorectal Cancer alliance or the Pancreatic Cancer Action Network. 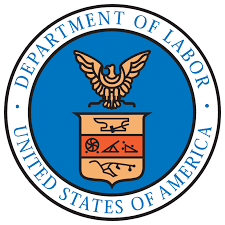