George F. Smith, 89 of Kenton passed away on Monday, February 21, 2022. He was born in Kenton on December 29, 1932 to the late Floyd L. and Annabelle (Hites) Smith. On November 24, 1973 he married Patricia Lee St. Clair and she survives. He is also survived by four children, Karin S. (Rodney) Combs of Morganton, NC, Kevin L. (Sarah) Smith of Valley Center, CA, Keith R. Smith of Hendersonville, NC and Kimberly K. Smith of Knoxville, TN. Mr. Smith is also survived by his brother, Gail W. “Steve” (Frances) Smith of Highland Home, AL; two grandchildren, Jesse Ray (Emily) Smith, Robert Cody (Alexa) Titus and two great grandchildren, Kenton Jack Smith and Amelia Ray Titus. George was preceded in death by his brothers William, John, Wilbur and Charles Smith; sisters Betty Smith, Mary Horner, Helen Steed and special nephew, Richard Osbun. Mr. Smith was a 1952 graduate of Kenton Senior High School. He served his country proudly in the U.S. Army during the Korean War and also served in the Ohio National Guard achieving the rank of Sergeant. George began his career in Law Enforcement with the Kenton City Police Department where he served for 16 ½ years. He then served as a Deputy Sheriff with the Hardin County Sheriffs’ office prior to serving the people of Hardin County as County Sheriff from 1981 – 2001. George was a lifetime member of the Buckeye Sheriffs’ Association where he was the recipient of the Medal of Honor 1994. In addition he was a member of National Sheriffs’ Association where he was also awarded the 1994 Medal of Valor for actions above and beyond the call of duty. In addition in 1994 he was the recipient of the Law Enforcement purple heart for being wounded in the line of duty. He was also a member of the Dunkirk VFW where he served as the Trustee, as well as being a member of the American Legion, ELKS, Eagles and Moose Lodges.

During his later years on the Kenton Police force his primary assignment was to walk the town square and adjacent streets, emptying the parking meters of the fees paid and dispensing parking citations for unpaid vehicles (including his mother’s). Many Kenton citizens viewed him as a fellow resident, many viewed him as a fellow resident and stable presence; he listened to their concerns and shared their values. This small but significant role laid the groundwork for serving the community in a much larger capacity. From there, he proudly earned five consecutive terms as Hardin County Sheriff (always caring a significant number of percents), becoming one of the longest serving public officials in the history of Hardin County.

He always warmly referred to Hardin County residents as “his people,” ones that could come and go any time in his life and remembering them all. He had the innate ability to make everyone feel at ease–whether strangers, prisoners, or VIPs. His door was never closed to anyone and he treated all the same, no matter their station in life. Whether it was his smile that lit up a room, or his humor and stories, you couldn’t deny his presence. It was no surprise then, that wherever he traveled, from Florida to Canada, he’d see someone he knew. He was respected, approachable and humble. He had a natural comfort around animals and they had a natural comfort with him, often witnessed by his love of the Hardin County Fair.
George considered it his great fortune to have the opportunity to shake the hands of three sitting Presidents. This was a direct result of friendships with Federal and State agencies and especially representatives of the U.S. Secret Service. In retirement, he enjoyed selling customized footballs as owner of Wilson’s Personalized Footballs. He worked in conjunction with Wilson’s Sporting in Ada as he did vendor sales of specialty footballs, to high schools, and government agencies.

Patricia Smith, his devoted wife of 48 years, was his true support and epitomizes a wife of a law enforcement officer, “serving in the shadows.” Their union began with 1 Corinthians 13:4-13 and thereafter lived in those words. Their children are eternally grateful for the love and support Patricia brings into their lives.

In lieu of flowers, friends are welcome to make a donation in George’s honor to the ‘Shop with a Cop Program’ through the Hardin County’s Sheriffs’ Office at 1025 S Main Street, Kenton, Ohio 43326. Visitation will be held from 2:00 -4:00 pm and 6:00 – 8:00 pm Thursday, March 3, 2022 at the SCHINDEWOLF-STOUT-CRATES FUNERAL HOME, Kenton. Funeral Service will begin at 1:00 pm on Friday, March 4, 2022 at the SCHINDEWOLF-STOUT-CRATES FUNERAL HOME. Online condolences can be expressed to the family by visiting stoutcrates.com. 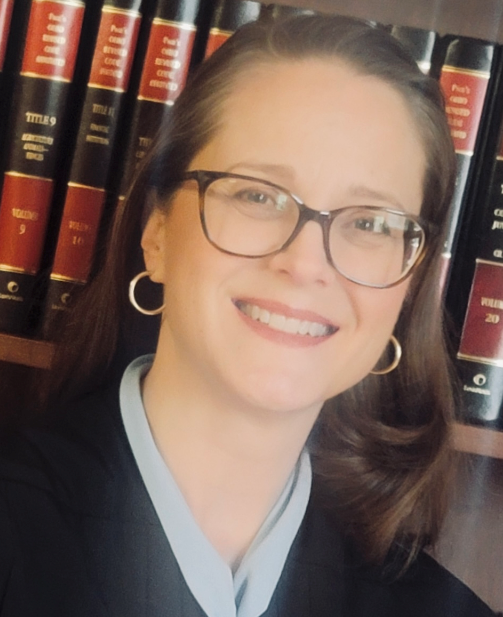