A celebration of life will be held from 1:00 P.M. to 5:00 P.M. on Sunday, August 29, 2021 at the Community Building at the Hardin County Fairgrounds in Kenton. Masks will be required. The Price-McElroy Funeral Home in Kenton is assisting the family with arrangements.

It is with the heaviest, but equally the fullest, of hearts that the family of Karl Patrick McNeal announces his passing on Monday, November 16th  2020. Those who touch our lives most profoundly are often the hardest of which to say goodbye, and Karl was unquestionably one of those people. While we cannot attempt to recount (nor would he have wanted us to) all of the people and ways he left his imprint, allow us to summarize a few highlights.

Karl was born on September 25th, 1936, the son of the late David and Cleo (Cantrell) McNeal. He grew up on the McNeal family farm near Mt. Victory, graduating from Mt. Victory High School in 1954. He subsequently attended the Ohio State University where he received a B.S in Animal Science and a teaching certificate for vocational agriculture.

While he was never a farmer in the traditional sense, his love of and impact on farming were abundant, serving agriculture and Hardin County throughout his lifetime. Karl taught Vocational Agriculture at Kenton Senior High School for 32 years, where he also advised the Kenton FFA and Kenton Young Farmer Chapter. Upon retiring he was quoted as saying, “The 32 years of teaching vocational agriculture and advising young people has been a fantastic journey.” He earned a State Farmer Degree and honorary State and American Farmer Degrees and was then honored by being inducted into the Hardin County Agriculture Hall of Fame, which he said was a ‘complete surprise’.

What was not a surprise was the longtime marriage of Karl to Mary Lou (Wedertz). They celebrated their 59th wedding anniversary in August and in those years enjoyed time spent with friends, wiener roasts in their woods, family get-togethers, OSU football games and innumerable rounds of golf. Karl and Mary Lou have two surviving daughters Renee (David) Reinke and Amy (Dean) Gorrell, as well as his beloved grandson Isaac Gorrell. He is also survived by his sister Georgia (Norman) Gillfillan of Jackson, OH, sister-in-law Vondale McNeal and brother-in-law Gene Wedertz. He was preceded in death by his brother Dennis McNeal.

Karl will be greatly missed by his family and all of the people whose lives he touched. But as one of his former students, Doug Phillips so aptly expressed “God must have needed an Ag teacher, and He now has one of the best.”

Memorial contributions can be made to the Karl and Mary Lou McNeal Agricultural Scholarship in care of Kenton City Schools Foundation, 200 Harding Ave, Kenton, Ohio 43326. 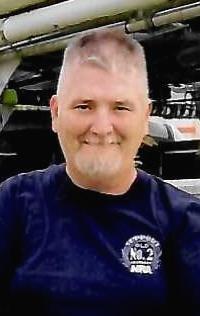