Ridgemont built a big lead and then held on late to defeat Allen East 63-60 in Division IV boys basketball sectional tournament play on Tuesday at Bath.

The Golden Gophers improve to 12-11 and will meet Marion Local for the sectional title at 6:15 p.m. Friday at Bath. The Mustangs close their season with a 10-12 mark.

Ridgemont led 58-27 at one point in the third quarter and still held a commanding 62-39 advantage early in the fourth quarter. The Mustangs then scored 21 of the game’s final 22 points and had a shot in the air to tie the game at the buzzer but it was off the mark and Ridgemont moved on.

In the second game Tuesday at Allen East, Upper Scioto Valley defeated New Bremen 66-62. The Rams are now 18-5 and will take on Perry in the second game at Bath on Friday for the sectional title.

At Coldwater on Tuesday, the Ada Bulldogs knocked off New Knoxville 55-46 to improve to 6-17 for the season. The Bulldogs will meet St. Henry in sectional championship play Friday at 6:15 p.m. at Coldwater. 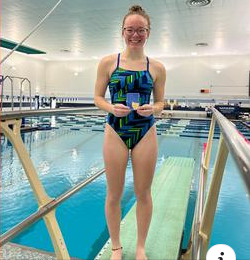