WASHINGTON, DC – U.S. Senators Sherrod Brown (D-OH), John Thune (R-SD), Mark Warner (D-VA), and Chuck Grassley (R-IA) introduced legislation to allow retired first responders to withdraw from their retirement without being penalized. The senators’ legislation would improve and reform the Healthcare Enhancement for Local Public Safety Act (HELPS), by changing state and local direct payment requirements from mandatory to optional, and creating an alternative to the current method, allowing the retirement system to make the distribution to the retired public safety officer. The retiree can then make the premium payment to the provider and remain eligible for the tax exclusion.

“Ohio firefighters and other first responders wear their bodies out protecting our families and communities, and they shouldn’t have to worry about being penalized for withdrawing from retirement that they’ve earned,” said Senator Brown. “This is a simple solution that allows first responders to keep their own money and alleviate pressure on state and local governments.”

“We owe a great debt of gratitude to our retired police officers, firefighters, and other first responders who dedicated their lives to protecting our communities and keeping our friends, families, and neighbors across South Dakota safe,” said Senator Thune. “Currently, it is extremely difficult for retired first responders to utilize an existing benefit that helps cover certain health care expenses, which is why I introduced this legislation that would ensure these retirees can make tax-free withdrawals from their pension and direct those amounts to qualifying insurance premiums.”

“Virginia’s first responders put themselves at risk every day to protect our communities – the least we can do is ensure that they are taken care of in retirement,” said Senator Warner. “I’m proud to introduce the bipartisan Police and Fire Health Care Protection Act of 2022, which will make it easier for tens of thousands of retired officers – like Mr. Wally Bunker, a stalwart advocate and retired police officer from Culpepper – to claim the benefits that they have earned.”

“First responders play a vital role in our communities, addressing a variety of high-stress emergency situations throughout their careers. All first responders ought to be able to take advantage of a tax benefit that is intended to help them access health coverage in retirement,” said Senator Grassley.

In order to implement the direct payment requirement under current law, state and local retirement systems are now responsible for directly paying often numerous health and long-term care providers and keeping track of changes to premium amounts and payment deadlines for thousands and sometimes tens of thousands of retirees. This already challenging task is made even more difficult because providers will often communicate only with the retiree policyholder and not with the retirement system. Information does not flow seamlessly, and inadvertent errors are made. In addition, due to the complexity, some retirement systems have made the decision to not implement HELPS, thereby resulting in retired public safety officers covered by these pension plans being ineligible for the tax benefit.

“Too often fire fighters are forced to retire early and have no access to affordable health insurance. We owe it to our fire fighters and EMS providers to help them access quality healthcare after making a career’s worth of physical and mental sacrifices for our communities,” said Edward Kelly, General President, International Association of Fire Fighters. “This legislation ensures our retired fire fighters can access their hard-earned retirement income to pay for health insurance costs. The IAFF thanks Senators Brown, Thune, and Warner for their commitment to supporting our retirees and helping them to maintain a healthy and secure retirement.”

“In 2006, Congress enacted the HELPS Retirees Act, which provided a modest tax benefit to help retired public safety officers afford health insurance by allowing the use, on a pre-tax basis, of up to $3,000 annually from their pension funds health care and long-term care insurance,” said Patrick Yoes, National President, Fraternal Order of Police. “However, too many public safety officers were ineligible or lost their eligibility for this benefit because of the law’s ‘direct pay’ requirement. This means that the public pension system must pay the health or long-term care insurance company directly in order to exclude these payments from the employee’s gross income. Officers whose pensions are or came to be administered by third parties could not take advantage of this tax break. We are very grateful to Senators Brown and Thune for introducing legislation which repeals this direct pay requirement and provides a modest increase to the benefit.”

“On behalf of Ohio’s and the nation’s public safety personnel we are grateful to Senator Brown for his leadership on this issue. The new legislation will ensure that first responders receive the assistance Congress intended them to receive with their health care expenses in retirement,” said Mary Beth Foley, Executive Director, Ohio Police & Fire Pension Fund (OP&F).

Under the senators’ bill, plans that are able to implement HELPS through the current direct payment method, possibly because they have only one or two providers to pay and a small number of retirees, may continue to do so. However, for the many retirement systems that are experiencing administrative problems with the current requirement or have refused to implement HELPS because of the burdens, the senator’s legislation will allow them to make distributions to their retirees without rendering the retiree ineligible for the tax exclusion.

In cases where the distribution is made to the retiree, the legislation would require the retiree to include with their tax return an attestation that the amount sought to be excluded from the pension distribution does not exceed the amount paid by the employee for qualified health insurance premiums for the taxable year. The tax exclusion is capped under current law at $3,000 per year. 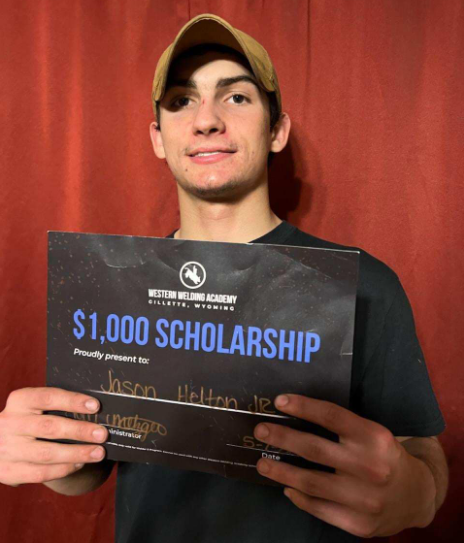